Written by Marketing on . Posted in Industry Insights.

Being productive is not always as easy as it sounds. In fact, the adult mind is only capable of sustaining strong focussed attention span for a maximum of 20 minutes before getting distracted.

In order for a company to grow at a sustainable rate the productivity of the company’s employees must be maximised. It is the responsibility of each employee, as well as the directors and managers of the company to create the right environment for everyone to stay motivated.

There are many theories and belief systems that are centred on productivity and how you can train yourself to be more motivated in the workplace. We discuss some of these theories below:

The Expectancy Theory, developed by Victor Vroom, is a psychological theory that follows the belief that people behave in a manner dependent on the anticipated outcome or their perceived value of the outcomes. Essentially, people want to be praised, receive recognition and have the opportunity for advancement by completing certain tasks and putting in effort.

Expectancy from both sides (management and employees), are often miscommunicated which regularly leads to employee dissatisfaction. Communication is necessary to ensure that productivity levels don’t drop due to miscommunicated expectations. Regular meetings should be scheduled to discuss and define expectations and goals. The benefits that come with completing goals and expectations must also be underlined.

Using Paradigm Software’s dashboards within a business to display the data and statistics makes the process of goal tracking easier and more accurate. If employees always have access to their progress they will know when to pick up the pace.

The Hawthorn Effect was originally conducted and studied about 50 years ago at the Hawthorne Works of the Western Electric Company. The study has been presented in many psychological journals and is regularly misrepresented or misinterpreted. The study tried to prove that the change of environment could have an impact on the productivity of employees. It was difficult to prove this theory as the subjects of the study might have changed their behaviour due to being observed by researchers, which changed the hypothesis. The study, in the end, suggested that productivity increased when individuals are being observed.

It is certainly beneficial for increasing productivity to keep an eye on the work and progress of employees. Once again, displaying employees’ efforts, progress and efficiency openly on screens with dashboards, the Hawthorne Effect will come into play. Openly displaying the analysis of work progress of the business will drive sales numbers, manufacturing productivity and ultimately higher revenue.

Paradigm dashboards are an empowering tool for all departments of a business and business owners. They are designed to bring all the departments together and better the collaboration between team members, which has a large influence on the productivity of the company.

Paradigm dashboards are a powerful tool which is a necessity in every work space. 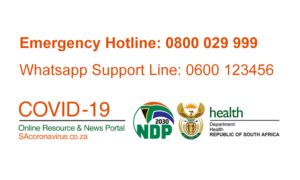 Click here for more information about the COVID-19 virus impact on South Africa.